For the fourth year in a row, the auto insurance theft statistics have shown that the 1994 Honda Accord is the most frequently stolen vehicle in the United States.

The National Insurance Crime Bureau has released its l 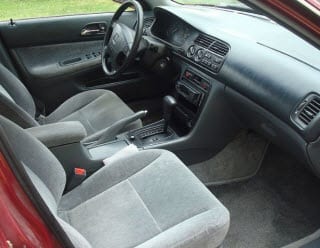 Many of the top vehicles on the 2011 list of stolen cars identified by the National Insurance Crime Bureau are made up of older models. In fact, not a single model that was manufactured within the last six years was on this list. These are promising statistics for drivers who are hoping to continue to save on their auto insurance premiums now that thefts have reached their lowest point in 44 years.

Two other models by Honda, the 1994 Acura Integra and the 1998 Civic made the auto insurance list.

The Integra was in the sixth place out of ten, while the Civic was in second place. The vehicle with the most recent model that made it into the top ten list was in the third place, and was the 2006 Ford F-series pickup truck.

Vehicles that have been made more recently typically include theft prevention features as their standards. This can include alarm systems and smart keys that make a vehicle more difficult to start without the actual key belonging to the owner. Moreover with more widespread use of integrated tracking systems that can send a signal to a monitoring station or to the police, it is much more simple to locate a vehicle that has been stolen. These types of systems have helped to reduce the rate of vehicle theft by 43 percent, from 2003, when there were 1.26 million vehicles stolen. In 2011, that figure plummeted to 713,000.

Moreover, according to the National Insurance Crime Bureau’s spokesperson, Frank Scafidi, there has been a much tougher crackdown on car theft by law enforcement over the last few years. Equally, though, he pointed out that there are certain additional factors that are holding older models on the top then list. This includes that these vehicles are more likely to be owned by individuals who are living in neighborhoods where there are higher crime rates or areas where they don’t have a garage in which to park overnight. This increases the chance of theft and is therefore also a factor that boosts auto insurance premiums among many providers.