The state will now be getting rid of their website, which never stopped being riddled with problems. 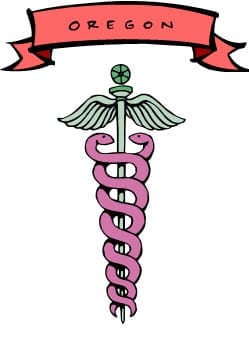 The board of the Cover Oregon exchange has now voted to make the next health care reform for the state by shutting down its problem filled enrollment website in order to hop aboard the federal government’s site, which has managed to iron out the vast majority of its own bugs and glitches.

This state is one of several that attempted to run their own exchange and found it was an overwhelming struggle.

While the Cover Oregon choked forward, the health care reform site set up by the federal government was able to overcome its own rough start – to say the least – and has now managed to surpass all expectations that had been set down for the initial open enrollment season, which ended at the close of last month. That said, Oregon is far from the only one that has found that managing its own website has been little better than a nightmare.

The health care reform has brought Oregon’s site to a breaking point, and they have accepted that it is, indeed, broken.

Even though Governor John Kitzhaber maintained his enthusiastic support of Obamacare, and the state received federal assistance worth $300 million, the health insurance exchange still managed to enroll under 64,000 residents of the state into private plans from the day that it opened at the start of October, until the close of the open enrollment at the end of March. The majority of those people were required to submit their applications in paper form.

For this reason, the decision that the board made on Friday to shut down the site came with little or no surprise. Independent experts had already been recommending that the state give up on the website. This will help to bring to a close the seemingly never ending battles among the project managers and the website developer (Oracle) regarding issues ranging from technical issues to overpayments.

The state is now hopeful that it can proceed with better success in the health care reform by joining the others that use the federal government’s exchange for the enrollment of its residents.