This insurer has now received its preliminary approval from the Monetary Authority of Singapore.

This gives the company the opportunity to be able to establish a branch of operation in that Asian country.

Great American now intends to bring its insurance company to Singapore, where it will start underwriting risks as soon as the licensing pre-conditions have all been met and have been confirmed. At the moment, it believes that this will occur in around June of this year. By taking its first steps into that market, the insurer will be broadening its international presence within Southeast Asia. This way, it will be able to play an active role within the country’s efforts to become a global hub for insurance business.

At the beginning, the insurance company intends to place its primary focus on specialty lines. 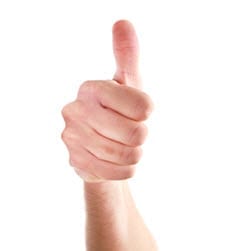 This will involve both onshore and offshore insurance products. Chee Keng Koon will be leading the Singapore presence of the insurer. He is an experienced insurance professional both in Singapore and in the Asian marketplace, as a whole.

According to the COO and president of Great American Insurance Company, Don Larson, “We are confident that Mr. Chee’s deep specialty lines knowledge, supported by the recruitment of experienced local underwriters and combined with a strong finance and operations team led by Ms. Vanessa Teo, will enable us to deliver property and casualty insurance solutions that meet the unique needs of these markets.”

This represents only one more insurer that has been taking its first steps into the Southeast Asian marketplace, as that region becomes increasingly appealing to insurers from around the world, particularly from the Western world. It will be an interesting region to watch over the next few years as some major players work to establish themselves in this market so that they will be well ensconced by the time things take off in earnest, in that significant part of the world.