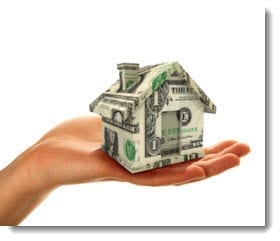 The amount that the company will be paying will come to an estimated $14 million.

Assurant Inc., the largest provider of force placed insurance in the United States, is now facing voluntary penalties of $14 million, following the outcome of an investigation that called the company’s practices into question.

This is one of the latest of several similar penalties being faced by insurers with similar practices.

Force placed insurance is a completely normal and legal form of coverage in the United States, and is purchased on behalf of a homeowner – who must then pay the premiums – when he or she has a mortgage, but allows his or her homeowners policy to lapse or to go unpaid. However, some of the practices associated with the purchasing of this coverage have been facing scrutiny recently, and have been causing insurers to face a considerable cost from penalties in lawsuits and settlements.

The Assurant force placed insurance penalties are among several forms that have applied to other insurers.

Before the decision that the $14 million payment should be made for its force placed insurance practices, Assurant had been thoroughly investigated and was then the subject of hearings that were held by the New York Department of Financial Services. The issue was not in the actual purchasing of the coverage, as the coverage is an important way for mortgage lenders to make sure that their investments remain safe.

Maintaining homeowners coverage is a clear requirement of the mortgage terms and therefore the lender is well within its right to purchase force placed insurance in order to make up for the lacking of the homeowner. However, the way in which the coverage was purchased is what has been called into question. As the homeowner, at this point, has no say or control in the rates that are charged, it could be expected that the mortgage lender would take care to ensure that the appropriate policy is purchased, and at a reasonable rate.

However, there has been a trend in the majority of the force placed insurance cases, that the policies that are purchased on behalf of the homeowners come with premiums that are far higher than those originally paid by the property owners. This has been driving many of these borrowers to the edge of foreclosure. The investigations found that, due to the incentives that insurers were offering lenders, the policies that were being purchased had premiums that were two to ten times greater than the original coverage held by the homeowner.