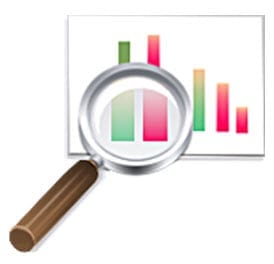 Regulators in the state have announced that they have come to an agreement with the insurer.

State regulators from New York have announced that they have come to a settlement with QBE Insurance Group regarding the issue of forced placed insurance purchased on behalf of homeowners.

As a part of the settlement, the insurer has agreed to pay a penalty of $10 million.

This penalty is meant to help to make restitution to the homeowners who faced hardships as a result of the force placed insurance that was purchased on their behalf. The settlement also includes a requirement that the insurer change its business practices. These policies are purchased as a part of standard practice by mortgage lenders for homes where the borrower has not taken out sufficient coverage or where they have allowed their homeowners policies to lapse.

Regulators have said that forced placed insurance companies are overcharging for the policies they sell.

The settlement that was reached regarding the force placed insurance practices of QBE was with the Department of Financial Services. It has arrived about a month after a similar settlement was achieved between the department and Assurant Inc, the largest insurer of this nature in the country. In that case, the company was required to pay a penalty of $14 million following an probe that spanned the industry, which started by the DFS in October 2011.

Regulators determined that QBE had offered banks and other lenders incentives to purchase its expensive force placed insurance. This cost was sent onward to the homeowners on whose behalf the policies had been purchased. This, according to the superintendant of the DFS, Benjamin Lawsky.

Lawsky also pointed out that commissions had been paid by QBE to affiliated agencies and brokers in order to draw their business for force placed insurance policies. These were awarded even when very little had actually been done in order to earn the payments that were being made. He said that “We’re kicking the kick-backs out of this industry,” in a statement he made at a New York conference.

In 2011, QBE had obtained the force placed insurance business of Balboa Insurance Company, a subsidiary of Bank of America Corp.