The band sued the insurance companies in Los Angeles with regard to cancelled shows.

The Foo Fighters have now filed a lawsuit against the massive Lloyd’s of London insurance market and other insurers. The suit was filed against the 328 year old insurance companies in Los Angeles.

The lawsuit also extends to Roberson Taylor, the broker behind the purchasing of the policies.

The lawsuit alleges that the insurance companies and Lloyd’s of London “failed to pay amounts that even they appear to recognize are due and owing.” This was in reference to specific insurance claims filed in 2015. The band filed the claims that year in order to receive compensation payments.  A number of shows that were cancelled during their world tour.  The band filed the claims against their coverage.

A number of the shows were cancelled after Dave Grohl, the front man for the band, broke his leg. The injury happened in Gothenberg, Sweden, during a show that took place on June 12, 2015. The broken leg led to seven show cancellations. The lawsuit specifically mentioned three of those dates: two scheduled for Wembley Stadium in London and one for BT Murrayfield Stadium in Edinburgh.

The band claims that Lloyd’s of London and the other insurance companies did not pay the full amount owed. 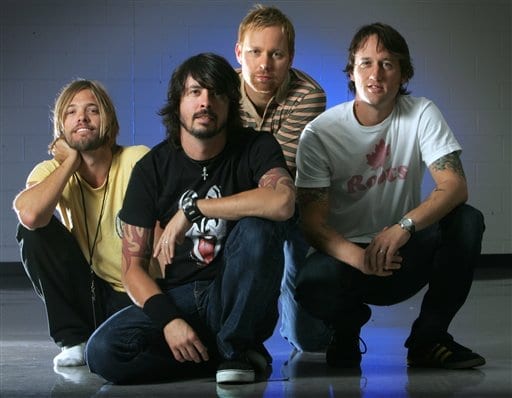 Grohl did continue on.  They performed 53 more concerts following the treatment of the broken leg. Grohl sat on a makeshift “throne” chair onstage in order to be able to keep up his performances.

The lawsuit said that “After paying certain amounts owed under the Cancellation Policy for four of the canceled performances, the insurers began searching for ways to limit their payment obligations on the other three performances.”

The suit went on to suggest that the band made every effort to keep the claims to a minimum. This was because Grohl was willing to carry on with the tour by sitting onstage. As a result, the band claims that Grohl’s efforts saved the Lloyd’s of London and the insurance companies “tens of millions of dollars in claim payments.” The band feels that this was the difference made by their willingness to go on instead of completely cancelling the world tour.