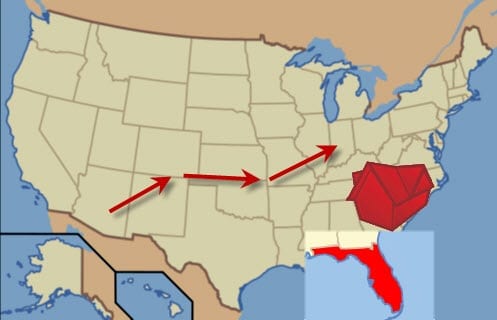 As insurers all over the country continue to receive criticism from policyholders, and even then federal government, many of them continue to seek rate increases. Fidelity National Property and Casualty Insurance of Jacksonville, Florida, is proposing a rate hike of 27%. The proposal is a move to recoup the monetary losses of last year, according to vice president John Giorgianni.

State regulators are currently reviewing the proposal and it may be subject to additional review by the Department of Health and Human Services.

Giorgianni insists that the rate hikes is necessary. Last year, the company had more than $17 million in losses throughout the state. Blame for the losses lies, partially, with the amount of claims stemming from suspect cases of sinkhole damage. Giorgianni is hopeful that the proposition will approved so that the insurer can continue offering coverage in the state.

Fidelity’s rate proposal is receiving staunch opposition from a number of consumer advocacy groups. Steve Alexander, an actuary with Florida’s Insurance Consumer Advocate office, believes that no more than a 12% increase is needed. Alexander also asserts that the proposal comes at a bad time, considering this year’s hurricane season is schedules to start soon.