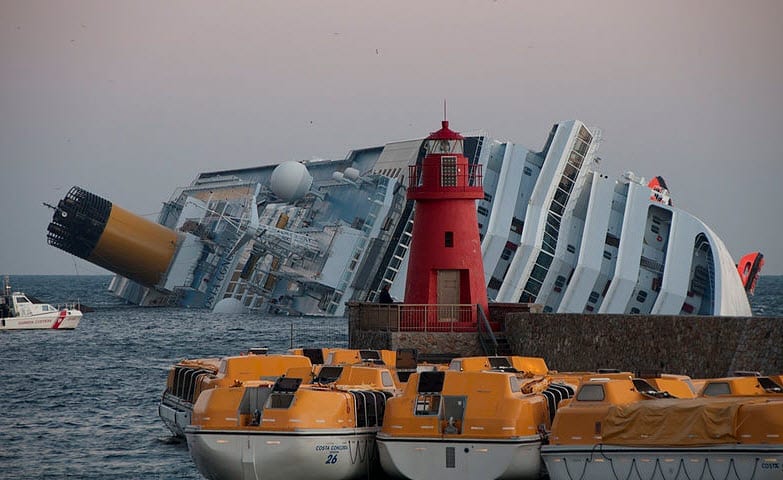 According to a U.S. Securities and Exchange Commission (SEC) filing, Carnival Corp. has posted $851 million in recovered funds from its insurance policies as being among its first quarter assets for 2012.

Carnival has announced that “substantially all” of the amount recovered through insurance are connected to the Costa Concordia disaster, which occurred on January 13, when the cruise ship ran aground and then capsized off of the Italian island of Giglio.

In early March, the cruise liner company had announced that its first quarter net losses for 2011 were $139 million. On March 30, they followed that announcement with an SEC filing that outlined its earnings.

A significant amount of the recovered insurance assets are linked to the $515 million that was written off by Carnival as the value of the Costa Concordia, as it had been considered to be a total loss.

The company stated that it does not face deductibles for the insurance on the hull and machinery. However, it did need to pay a deductible of $10 million for third-party personal-injury liabilities, which was a part of the $29 million total expenses related to the Costa Concordia and that were not covered by Carnival’s insurance within this year’s first quarter.

Carnival has stated that because of the insurance coverage it carries, it does not feel that it will have to face any more costs relating to the cruise ship’s catastrophe that would have any impact on operations.

According to a statement from Carnival, they do believe that there will be costs connected to Costa Concordia that will continue to appear over time, and that “Although at this time these costs are not yet determinable, we do not expect them to have a significant impact on our results of operations.”