The insurer has introduced a new form of coverage for homeowners against overland flooding.

Co-operators General Insurance Company has recently announced the launch of its brand new form of flood insurance, which can be purchased by homeowners living in Alberta, Canada, in order to protect themselves against the cost associated with damage from overland flooding.

This new form of insurance policy is available throughout all of Alberta and covers against many types of water damage.

The flood insurance policy has been created to be flexible and to provide coverage against a range of different types of water damage caused by flooding, including that which results from heavy rains, backed up sewers and water systems, and the overflow from bodies of water such as rivers and lakes. This coverage is available to people in Alberta who have homeowners insurance policies with Co-operators, and is added as an endorsement to that policy.

According to the company, it was clear that flood insurance was required in order to “address unmet needs”. 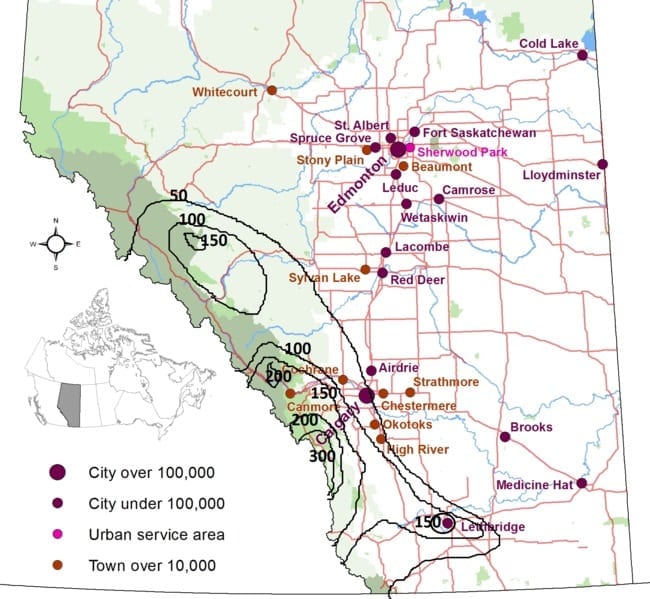 Co-operators president and CEO, Kathy Bardswick, explained that “As a co-operative, we seek to address unmet needs, and there is clearly a need to provide Canadian homeowners with better protection against flooding. Our coverage is available to homeowners throughout the province – not just those who have a low risk of flooding or sewer backup.”

Bardswick also pointed out that the insurance company would be working with their customers in order to make sure that they better understand the risk they are facing when it comes to potential water damage. The insurer will recommend certain preventive measures and offer flexible forms of coverage so that they will be able to purchase the type of policy that makes the most sense to that specific situation.

Among all natural disasters that affect Canadians, flooding is considered to be the most common. Moreover, in 2013, southern Alberta saw flooding that brought about the most costly natural disaster in the history of the country. That said, before this new flood insurance policy was introduced, homeowners had never before been able to purchase overland flooding coverage as it simply was not offered by any insurers.