The television commercials have considerably outperformed other advertising.

The Progressive TV ads that feature National Football League quarterbacks have proven to be an extremely effective marketing strategy.

The insurer’s chief marketing officer Jeff Charney discussed the success of the Progressive TV ads. He praised Mayfield for the sports marketing appeal he brought to the advertising. Moreover, with the Browns still in the NFL playoffs, the insurer only predicts that it will enjoy additional great ad spots with football fans, particularly over the weekend.

“We’re going to run heavy this week,” said Charney in a CNBC interview earlier this week. He explained that the intention was to run the quarterback’s commercials across networks, particularly ViacomCBS. The reason is that it was the network to carry the Browns game against the Kansas City Chiefs.

The Progressive TV ads that spotlighted the Browns quarterback outperformed other commercials.

Moreover, the EDO advertising metrics data firm showed that commercials for insurance during NFL games featuring Mayfield outperformed the other ads that ran at similar times.

“For State Farm, when Aaron Rodgers and Patrick Mahomes are featured in the ads during a game they’re playing in, there’s a huge boost in excess performance on a per person basis of people searching for State Farm. The ads perform two-three times better than other ads aired in those games,” explained EDO in a statement.

The analytics used by EDO track product and brand searches as well as sales that take place alongside the ads when they air. This helps to provide networks and companies with a clearer idea of the value of the advertising spots during sporting events. EDO’s estimate for the six NFL wild card games last weekend was that they were each worth about $55 million. They managed to generate $330 million for the networks. 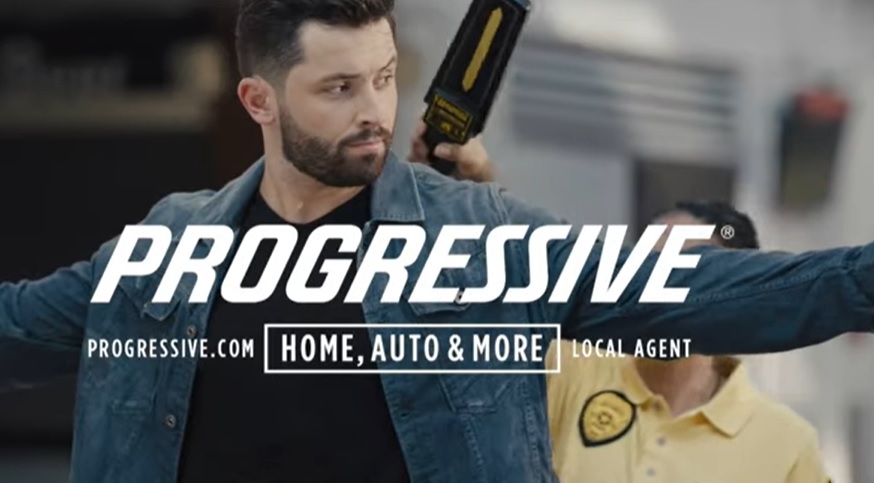 This weekend the goal is to use the Progressive TV ads featuring Mayfield to generate a powerful return on the investment they made by way of driving more business and through brand exposure. So far, the trends have shown that the insurer has every reason to believe that this marketing strategy will be effective.