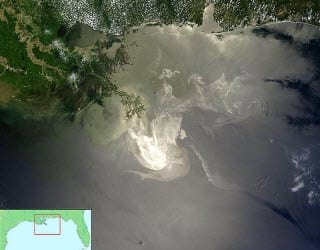 Last year, an investigative team from the U.S. government was tasked with tackling the issue of the disastrous oil spill that inundated the Gulf of Mexico with crude oil. The company responsible for the oil spill, British Petroleum (BP), has yet to face any legal action from the government for what has become the worst oil spill in the nation’s history. Many businesses in states along the Gulf of Mexico were left crippled by the loss of business spurred by the oil spill, which, in turn, translated into insured losses.

Previous investigations into the event have all placed blame squarely with the UK-based fuel company. The investigation led by the Bureau of Ocean Energy Management may find the company at fault as well, which will allow insurance companies based in the U.S. to pursue compensation from BP for losses wrought by the oil spill.

Other reports have shown that BP failed to spend money on appropriate safety measures, which led to the explosion of the oil rig Deepwater Horizon, which killed 11 workers in total. The event inspired a slew of new reforms regarding drilling for oil in deep water. It also encouraged insurers to rethink their policies to mitigate the effects of similar scenarios in the future.

The Bureau of Ocean Energy Management is in the final stages of its investigation and is expected to release its findings later this year.