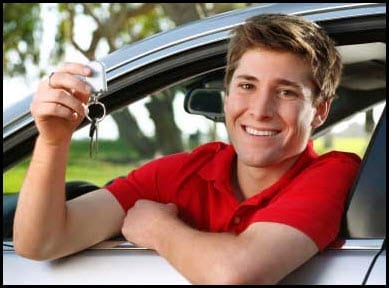 Mobile commerce has stepped up to help encourage safer driving behaviors with a new app that was launched in Las Vegas called Drive Safe Mode.

The new application has already been downloaded by many adults, parents, and teens, and has attracted a great deal of hype as even nonprofit organizations are using the app to encourage greater precautions against distracted driving. This new technology has already outperformed the achievements of previously released apps that had similar goals.

What is making this app different from anything else that has been offered for iPhones and Android smartphones is that it works directly with the GPS technology built into the device, so that it can determine the speed at which the vehicle is moving. When the app recognizes that it is traveling at a speed that is faster than a simple walk, then it determines that it must be in a moving vehicle and it locks the screen.

Once the screen is locked, the user is unable to access texts, emails, other app notifications, social media and instant messenger notifications, or even voice calls. Only emergency phone numbers – that is, 911 – are accessible on the device when it is traveling at a speed available only in a vehicle. The user can add more emergency numbers, as well.

Parents are embracing mobile commerce to download the app for peace of mind about teen drivers.

The number of stories about reckless and distracted driving among teens who are texting while behind the wheel are growing and are becoming more common in the media. Parents find comfort in the knowledge that with this app, their own teens are unable to be distracted by those behaviors while they drive. Moreover, there is a feature that alerts parents immediately if the application is ever disabled on their teen’s smartphone.

April is Distracted Driving Awareness Month, and many people are taking this as the perfect opportunity to use mobile commerce and other technologies and actions to encourage better safety while they are behind the wheel.