After having scammed the Oscar winning actor and others, Jerry Goldman has now been sentenced.

The insurance news spotlight is on Southern California, at the moment, as a broker from that region who scammed Tom Hanks and his wife, Rita Wilson, by hundreds of thousands of dollars is now facing a jail sentence of 27 months within a federal prison.

This sentence was first issued to Goldman on Monday, when he found that he will be in jail for more than two years.

Beyond the 27 month jail sentence making this insurance news, Goldman was also ordered to pay restitution of an estimated $840,000. Prosecutors determined that between the years of 1998 and 2011, Goldman was charging his clients massively inflated premiums, causing them to pay costs that were blown up by as much as 600 percent. In order to cover up the fact that this was a scam, he went on to create fraudulent invoices. 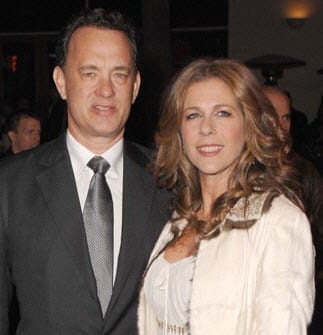 This insurance news arrived earlier than expected as the trial was originally set for December.

The initial indictment indicated that Tom Hanks and his wife were far from the only victims of this scam. Others included the former guitarist for The Police, Andy Summers. In April, Goldman, 60, pleaded guilty to having conducted mail fraud which involved both Wilson and Hanks as victims.

According to the initial insurance news released by Stephanie Yonekura-McCaffrey, the executive assistant U.S. attorney in the case, initially, the broker had pled not guilty to the allegations when he was arrested in his Thousand Oaks, California home. His wife posted a $25,000 bond so that he could be released from federal custody at that time.

According to the prosecutors in this insurance news case, Goldman had been charging the inflated premiums to his customers, sending the actual premiums amounts to the insurers providing the coverage, and then holding the remainder of the money for himself. Altered documents were issued to the customers whenever they requested copies of their policies. They did not reveal the amounts that were being charged by the insurers, but the much higher rates that were being charged by Goldman.