The Shoreham crash has caused the premiums for these performances to spike, making this one cost prohibitive.

The prohibitive insurance costs associated with covering a fly-past of 20 spitfires for a commemorative ceremony of the Battle of Britain have cancelled this portion of the event.

The reason is that the premiums have spiked dramatically following the crash at the Shoreham Airshow.

That disaster occurred in August and killed 11 people. Now, it has led the insurance costs associated with air shows to increase to the point that they may no longer be considered to be affordable. The fly-past portion of the commemorative event had been organized privately by a group of owners of Spitfire aircraft. Their plan had been to fly over London in order to recognize the historic Battle of Britain’s 75th anniversary. Unfortunately, when they looked into the price of insuring that fly-past, it turned out that the expense of that coverage would have been about £50,000 for the £250 million policy that they would have required.

These high insurance costs made it so that the group of owners simply could not afford the policies. 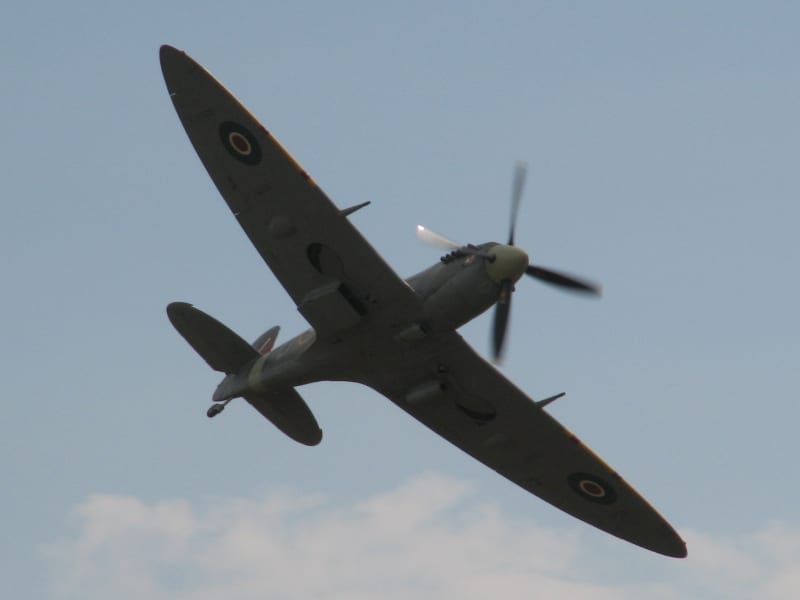 Event organizer, Paul Beaver, was quoted by the Telegraph, which said that “The intention was that 20 privately-owned Spitfires would fly over London to mark the 75th anniversary of the Battle of Britain. We had started the planning in March, and had applied to the Civil Aviation Authority and even the Prime Minister to get the go-ahead.”

Before the crash in Shoreham, it is believed that a £5 million policy is all that would have been required in order to do the fly-past. However, following that disaster, an expert in air show coverage was consulted and it was determined that £250 million in coverage was now necessary. Beaver expressed that he is very hopeful that by next year’s air show season, underwriters will “take a pragmatic view”. Otherwise, he stated that “it will make life very difficult.”

At the moment, it does look as though the insurance costs won’t be stopping an unrelated fly-past of fighter planes that intend to do their flyby in the south coast to mark the September 15 Battle of Britain anniversary.