The repeated earthquakes and aftershocks are about to alter the face of this coverage.

Homeowners insurance owners and shoppers are being cautioned that it may not be long before this type of policy no longer covers the full cost of a rebuilt house, should disaster strike.

Fixed cover policies may be the direction in which the industry is shifting in the near future.

The homeowners insurance industry has been leaning toward fixed cover policies, with Government valuations to be the foundation of future cover. According to Chris Ryan, the Insurance Council chief executive, these alterations may occur quite commonly within the next 12 to 24 month 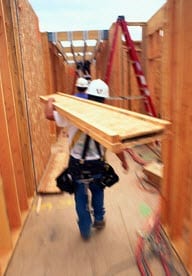 s as policies come up for renewal.

Ryan stated that “Essentially people will be required to insure for a specific sum, similar to a car, when you have a fixed value of a motorcar you can ensure it for that.” He went on to explain that “It’s not due to a lack of availability of insurance, it’s more reinsurers are asking for more clarity and specifics about what is being insured and how much it will be worth.”

This is not the first time that homeowners insurance was based on fixed cover policies in New Zealand.

Two decades ago, this form of coverage was quite commonplace in the industry. However, as competition grew, it was full replacement policies that became the insurance news, until it essentially became the standard in the country.

Ryan stated that the current situation leads those who are not as wealthy to have to pay more toward their homeowners insurance policies than they likely should have to, and that those who are more affluent are paying less than what they likely should. By placing a limitation on the type of coverage that is available, it means that the premiums for those with less expensive homes will drop significantly.

That said, Sue Chetwin from Consumer New Zealand cautions that replacing a house is almost always more expensive than its resale value. Therefore, she is warning people buying homeowners insurance under such regulations to be very careful regarding the fixed price of their policies.