Consumers and businesses will see a modest increase in insurance premiums

Health insurance premiums are set to grow in Massachusetts, as regulators have approved rate increases for small groups and individuals. The state will see a modest increase in rates when compared to others in the country. The Massachusetts Division of Insurance has posted information concerning the rate increases, providing consumers with an opportunity to review the rate increases coming from insurers and see how it will affect them and the coverage that they have. 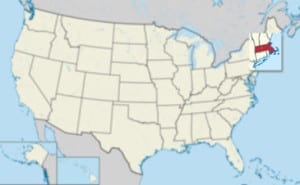 While Massachusetts’ health insurance rates have seen relatively little flocculation in recent years, coverage provided to some consumers and businesses have been growing more expensive at a steady pace. The reason some types of coverage is becoming more expensive has to do with the rising cost of medical care. Medication is also becoming more costly, which is putting strain on both those with medical conditions and insurance providers. In order to recover from financial losses, health insurance companies have had to raise premiums. In some cases, rate increases have been quite significant.

The state’s Division of Insurance will continue to attempt and pressure insurers to keep rate hikes in check. Insurers are pushing back, however, as they must generate profits and recover from losses in order to remain competitive in the market and provide consumers and businesses with adequate service. In other states, insurance premiums for 2016 coverage is rising by a much more dramatic margin.