The individuals living in these areas tend to have coverage rates that are below average.

The U.S. congressional districts that have the greatest tendency for below average health insurance coverage has been shown to be those that are predominantly Republican, according to the latest data.

The Democrat districts appear to have a notably greater rate of coverage, on the whole.

This data came as somewhat of a surprise, as the health care reform issue was central to the government shutdown that came as a result of the deadlock between the Republicans and Democrats. This, regarding a law that was designed to help to expand the access and affordability of health insurance. Certainly, deeper issues are at play than the simple ownership of plans. 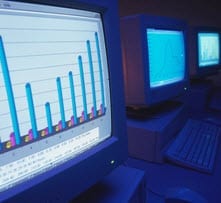 The districts that have the least amount of health insurance coverage were found to be in Texas.

coverage is extremely common in Texas, where every single one of the 36 House seats represents an area in which the coverage rate is lower than the national average. This, according to the data that was compiled by Bloomberg using the U.S. Census Bureau’s statistics. That particular state, which is home to one of the leading opponents to the Affordable Care Act, Republican Senator Ted Cruz, is also the state in which has the lowest insured rate in the country.

Senator Cruz advocated the attachment of a defunding provision for the Affordable Care Act within the budget bill in September, which brought about a Senate floor speech of over 20 hours in length. On October 11, he urged his colleagues to continue the healthcare reforms battle, despite the government shutdown.

Aside from the Southern states, there are many Western states which are at the top of the list for congressional districts that have health insurance coverage rates that are below the national averages. The reason, according to the data analysts, is that these areas are not only under Republican control, but they are also regions that boast large immigrant populations as well as being areas where there is significant poverty.

According to some, the mismatch in the health insurance need of constituents and the policy votes of their district federal representatives could be, in part, the result of patterns in voter registration and turnout.