Huge names from Lady Gaga to Olivia Wilde are Tweeting to Americans to use the health insurance exchanges.

Some of the top celebrities in the country are making insurance news headlines by showing their support over Twitter to encourage people to enroll in the online marketplaces at the center of the healthcare reforms.

More notables include Amy Poehler and Pharell, who are urging people to join and spread the word.

The healthcare reforms weren’t without their own insurance news headlines, last week, as they got off to a rough start. The opening on October 1 followed immediately on the heels of the shutdown of the U.S. government. Though they launched regardless of the partial closure of the federal government, this didn’t stop their struggles. As millions of people – far more than predicted – attempted to sign on to the health insurance exchanges in their states for the first time, technical problems such as very slow sign ups occurred. 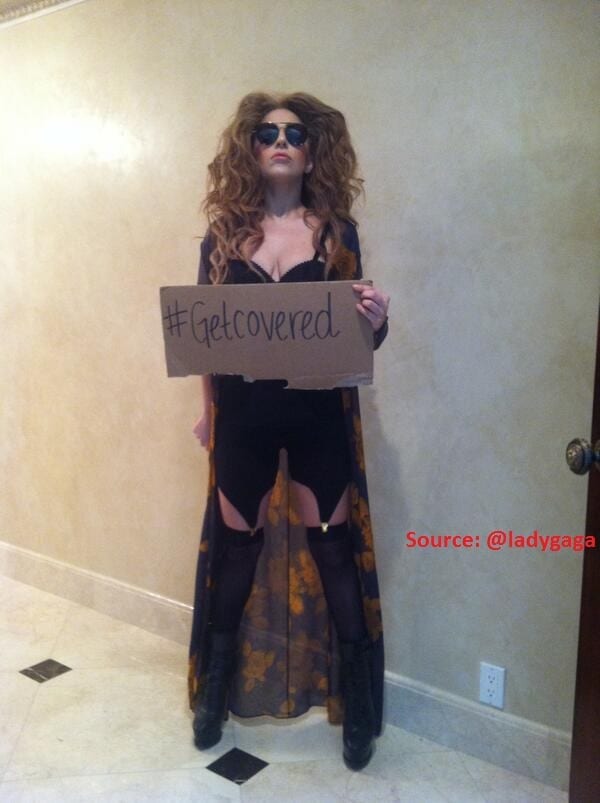 Celebrities are now adding their support and are making insurance news by encouraging Americans to return.

Until opening day, a large percentage of Americans weren’t entirely aware of the latest element of the healthcare reforms or how it applied to them. Celebrities are hoping that their ability to make insurance news headlines will help to add awareness regarding the exchanges and will encourage people to enroll and purchase the coverage that they need under the Affordable Care Act.

Despite the struggles on launch day, celebrities made their way to Twitter to help to encourage as many people as possible to begin signing up right away. Though many of these insurance news making efforts were merely in the form of text tweets, some of the bigger names also included photographs of themselves holding up signs with the #GetCovered hashtag in the hope to draw more attention and, likely, encourage the images to go viral.

Examples of the top insurance news making tweets were:

• Lady Gaga holding up a handwritten sign on cardboard with the hashtag,
• Actress and comedian Amy Poehler holding a sheet of paper on which the hashtag was written,
• Olivia Wilde holding a cardboard sign encouraging people to check out the exchanges

Others who added their own names to this insurance news through text tweets included singers John Legend and Pharrell, actresses Kerry Washington and Alyssa Milano, and even Pearl Jam, among many others.