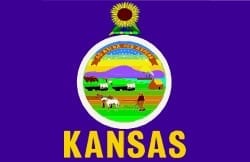 The Commissioner is hoping to broaden the program, though there will be many challenges ahead.

Sandy Praeger, the Commissioner in Kansas, announced this week that she believes that the state should broaden its health insurance availability by taking part in the federal expansion of the eligibility for Medicaid.

Praeger said that by failing to expand Medicaid eligibility, the residents of the state will suffer.

The Commissioner announced that she feels that residents requiring medical care will be hurt by failing to expand their access to Medicaid health insurance coverage. She explained that Kansas is “leaving money on the table” if the state does not take part in the eligibility expansion, as per the federal government’s initial plan for the Patient Protection and Affordable Care Act.

This is meant to help provide those with lower incomes with the health insurance they require.

The broader access to Medicaid is one of the many elements of the Patient Protection and Affordable Care Act that was first made into law in 2010. The last major elements of this act will be implemented by January 1, 2014, and the states are all making their decisions as to how they will each be complying with its requirements.

The expansion of Medicaid health insurance eligibility would primarily be funded by the federal government. Its goal is to make sure that low income individuals would be able to obtain coverage through the Medicaid program, and to make sure that those with just slightly higher income would have the money required to help them to buy private plans.

Though the law was upheld by the Supreme Court in July 2012, it did make one important change in that the expansion of the Medicaid program had to be optional for each state, and not required. This means that it is possible for the states to refuse the broadening of this health insurance program. As of yet, Governor Sam Brownback of Kansas has not made any indication that he intends to take part in this element of the federal healthcare reforms.

Clearly, this shows that Kansas has a great deal of controversy ahead of it, as Commissioner Praeger and Governor Brownback consider the various options available and take part in the final decision that will be made for the state.