Complete enactment of the Affordable Care Act looms in the U.S., but the controversy surrounding the federal law has yet to dissipate. Since the law was passed in 2010, politicians throughout the country have been working to repeal it. Those opposing the law typically align with the Republican Party and have expressed concerns that the federal law will make the cost of health insurance and medical care skyrocket. The issue has become so problematic that it has threatened to shut down the federal government for the first time since 1996. 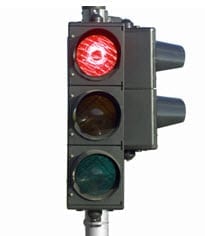 Over the weekend, the House of Representatives voted on an initiative to delay the implementation of the Affordable Care Act. The measure was attached to a legislation that aims to defund the federal law, which is currently issuing federal grants to help in the promotion of health insurance awareness and boost the availability of coverage throughout the country. The measure passed in a 231-192 vote and will now head to the Senate as the next step in the legislative process. If the measure is approved in its entirety, the Affordable Care Act may not actually go active as it is meant to on January 1, 2014. Instead, the federal law would be enacted in 2015.

Federal law may lead to spike in health insurance rates

Health care reform could lead to a government shutdown

Health care reform has proven to be such a controversial issue that it has brought the federal government to the verge of shutdown. If the government were to shutdown, federal employees would go without pay. The majority of services and initiatives supported by the federal government would also cease to function until the government could be stabilized. A shutdown is expected to cause significant economic damage and federal lawmakers are working to avoid this scenario, though most remain divided on the issue of health insurance.