Insurance woes continue to mount for many

Flood insurance has become a controversial issue in the U.S. The problems the country is facing in terms of insurance coverage are linked heavily to the National Flood Insurance Program. The majority of homeowners throughout the country currently receive their flood protection from the federal program, but the program itself has been crippled by financial calamities that emerged over the past several years. FEMA, which manages the flood program, has been working to resolve these issues while also redrawing its flood maps, and this has created a costly problem for many. 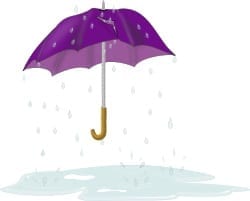 As FEMA revises its flood maps, areas that had been considered beyond flood risk are finding themselves in proverbial danger zones. Properties that fall into newly designated flood zones must acquire coverage from the National Flood Insurance Program, which has been raising rates recently to address financial problems. Several realty associations have come together to call into question the revision of flood maps, suggesting that FEMA’s actions will cause significant problems for the still fragile housing market.

Federal lawmakers have begun feeling the pressure from homeowners and advocacy groups alike concerning this issue. A Congressional coalition has formed recently and is seeking to delay rate hikes and the introduction of new flood insurance rates for as much as four years. During that time, a study concerning the impact that higher insurance rates would have on the housing market and the national economy would be conducted.