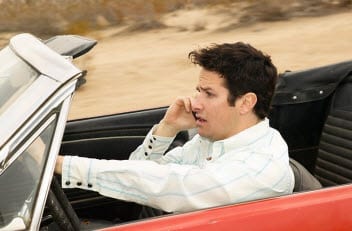 Legislation created to increase the number of tickets issued for driving while using a handheld mobile phone and to increase the maximum fine to $528, has been sent to Governor Jerry Brown (D) from the California legislature.

The California Senate has already given Senate Bill 28 its final approval by a 23 to 13 vote. The Assembly had previously voted for it by 51 to 21 in July.

The bill will raise the current fines for using a hand held mobile phone while driving from $208 to $328 for the first offense, and from $328 to $528 and a license point for a second offense. The activity has been illegal within the state since January 2009, but until now it has been considered to be a secondary offense.

Once the bill becomes a law, following Brown’s signing, the behavior will be considered a primary offense. This gives the police the right to pull someone over for the sole reason that the driver was using a hand held mobile phone. The officer will not need to first identify any other form of traffic violation, as had previously been the case.

The sponsor of the bill, California Senator Joe Simitian (D-Palo Alto) states that the existing ban on the behavior has been a successful one and that its reach should be broadened. The Legislative Analyst’s Office, though, has said that the data is not yet conclusive.

The number of collisions leading to injuries and death from the two years before the ban went into place, when compared to the number following the ban have remained essentially the same. They were between 0.09 and 0.11 percent before the ban, and are now at 0.1 percent.