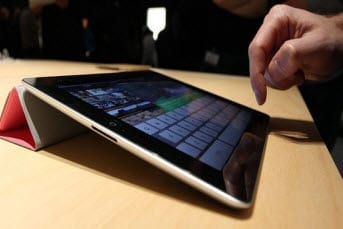 Fidelity Investments has announced the latest changes to its iPad app, with a new mobile deposit feature that will allow investors to take advantage of the latest financial technology and make individual retirement account deposits that are quick and simple.

The apps for Android and iPhone will also have new mobile deposit features added to them. The company justifies the changes with its data that shows that in 2011, it experienced a tripling in its year-over-year mobile usage. This indicates that as there is a greater prevalence of mobile device use, consumers will wish to make increasingly complex transactions – such as those already being seen in the insurance industry – through the use of their smartphones and tablets.

According to the Fidelity Investments executive vice president of digital distribution, Richard Blunck, the company has been receiving requests for mobile deposits from the time that the iPad 2 was released with a camera feature. He explained that “A lot of customers demand to do things such as trade and look at their money, accounts and interact with their investment plans via mobile.”

Blunck also stated that many consumers are demanding the ability to use their mobile devices to perform tasks such as monitor their money, and make trades, as well as check their accounts and make changes to their investment plans. He shared that the company has been working to seek additional opportunities for adding mobile commerce features, such as through the use of a mobile device’s camera, to make things simpler for customers.