The city has stated that it is likely to provide this coverage, as well as death policies to new workers.

The mayor’s office in San Diego has revealed that the city will soon be issuing a proposal request in order to be able to obtain death and disability insurance that will be offered to its newly hired employees.

It is expected that the request for the proposals will be made within the next few months.

This change in the death and disability coverage for the workers hired by the city comes after a change that was made in June 2012, from which point the new hires of lifeguards and firefighters have been working without any defined benefits, following a pension reform bill that was approved by voters. This means that people working in the city with those jobs would not have set benefits should they ever be injured or killed in the line of duty. 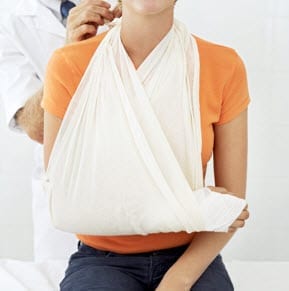 Officials in San Diego are saying that the city is obligated to provide those workers with death and disability benefits.

San Diego officials have said that there is an obligation by the city to provide its workers with death and disability benefits to ensure that they are covered in case they should be killed or injured while they are working. However, the current benefits are unclear and it isn’t obvious how they would be paid, except that the money for the payments will be drawn from the General Fund.

Previously, lifeguards and firefighters had San Diego City Employees’ Retirement System (SDCERS) pensions, which provided specific payout terms for members or families, should the employee be injured or killed while on duty. In the fiscal year that had ended on June 30, 2012, there had been 808 disabled public safety members who received a total of $31,233,762 in payments. This, according to Christina Di Leva, the SDCERS communications manager. That total also included the payouts to police officers. There was no specific data released regarding separate payments to firefighters, lifeguards, and police.

Proposition B was approved by voters in June 2012, which meant that some of the new hires by San Diego were changed to a 401k plan, instead of the SDCERS pension system, so that the retirements would be closer to those seen by employees of the private sector. This also took death and disability benefits away, with the stipulation that the city could negotiate with labor unions to reinstate those protections. Until now, nothing specific has been on the table.