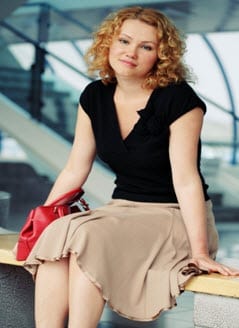 Millions of women drivers across the European Union are watching their premiums disappear and are turning to usage based insurance to help to regain their price advantage based on good driving behaviors.

The little transmitter gadget can help female motorists keep their premiums to a minimum.

Over the last year, women have seen their rates increase because the European Union is no longer allowing gender to be a factor in the calculations of auto coverage prices. This follows on the heels of 30 percent increases that were seen last year, and another 30 percent the year before that. Usage based insurance is becoming the new hope for savings.

Women with good driving habits can use this type of program to show that they do not present a high risk for coverage and can therefore save a great deal of money. This may also help to save them from future increases, that always appear to be right ahead.

The British Insurers Brokers’ Association shows usage based insurance has five times more users than it did two years ago. People are installing these devices into their vehicles for cutting those increasing costs.

Almost 200,000 drivers in the UK have usage based insurance, and that is expected to snowball.

Though this is only a tiny percentage of the 35.5 million private vehicles currently on the country’s roadways, experts in the industry are predicting that this number will experience a sharp climb over the next ten years.

Usage based insurance is expected to catch on most dramatically among the younger drivers and the female motorists in the United Kingdom over the next few years. These are the demographics that are most likely to have to pay the highest price for the changes to the rules in the EU, which will go into full effect at the end of 2012.