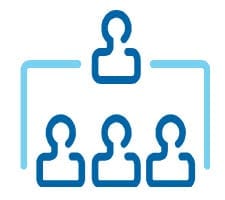 The U.S. Census Bureau has released their latest findings on national poverty, income and insurance coverage. The Census of 2010 has highlighted some of the little known and often ignored issues that face a great many U.S. citizens. Many federal legislators have been waiting for the results of the Census to determine which issues need the most attention. The problems, however, may be far worse than anyone had imagined. According to the agency, poverty and insurance are the two most glaring issues facing the nation.

The Census Bureau found that the official poverty rate, as established by the federal government, is the highest it has been in half a century. The economic recession of 2008 wrought a heavy toll against the nation, the effects of which still linger today. Hundreds of thousands of people lost their jobs in the recession and many have been unable to find work since. According to the Census, the number of those without insurance is closely tied to the nation’s unemployment rate.

In 2009, the number of people without health insurance was 919,000 nationwide. According to the Census Bureau, that number has soared to 50 million. Startlingly, the agency found that the majority of those without insurance are actually employed. Some make between $35,000 and $75,000 but are still unable to afford health insurance.

Overall, the officials with the Census Bureau believe that the lack of insurance will continue to be a major problem until the nation’s economy can truly recover.