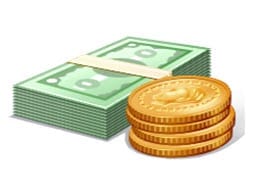 The state of California has been struggling to rein in one rampant rate increases coming from a number of health insurance companies. High rates are spurred by rising costs in health care and the state has been having trouble coping with the sheer number of rate proposals coming in. Short falls in the rate review process can, sometimes, put consumers at unnecessary financial risk. To help the state establish a more efficient review process, the federal government has awarded California with more than $4.3 million in grants.

The California Department of Insurance will use a portion of the money to hire new personnel that will help with rate reviews and quicken the pace of the process overall. Money will also be given to a number of consumer advocacy groups in order to improve relations between government officials and the public. The money going to consumer groups will also help these groups participate in the review process by enabling them to spend more on campaigns aimed at getting the public involved.

While the grants are well received by regulators, Insurance Commissioner Dave Jones has expressed his frustrations at missing a deadline that would have brought more money to the state. Jones may have missed this deadline due to the number of rate proposal investigations he has had to carry out over the past several months, which has kept him and his staff from taking the appropriate measures to ensure more grants come to the state.