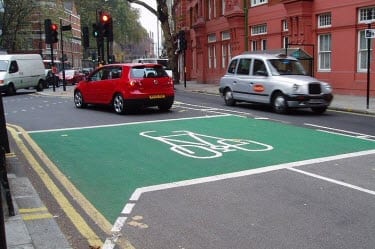 The Association of British Insurers (ABI) has released a statement that urged cyclists to obtain insurance as inadequate coverage could lead them to face significant expenses if they are ever found responsible for causing an accident or if they are injured as a result of an accident.

A spokesman for the ABI, Malcolm Tarling stated that it is quite likely that a cyclist will be injured if he or she is ever involved in an accident. He added that every month, there are 230 cyclists seriously injured or killed on the country’s roads, warning that there is a high chance that the an injured cyclist will have to leave work for “weeks, if not months, so some sort of insurance to cover you for loss of income makes sense.”

Data from the Department for Transport – which releases casualty statistics about cyclist casualties – showed that there had been 111 cyclists killed in 2010 on the roads of the United Kingdom, and that the rural roads have the highest risk of injury or death. That said, there has been a reduction in the number of casualties to those riding their bikes by approximately 30 percent, according to that department, when compared to the casualty rates from 1994 through 1998. Equally, the use of bicycles has risen by only 20 percent.