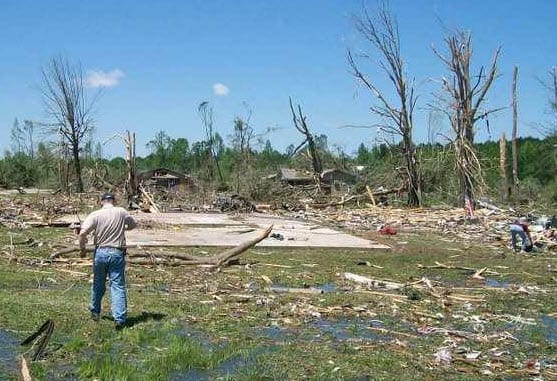 The Alabama Department of Insurance has released the latest numbers concerning insured losses from the tornado outbreak in April of last year. A series of devastating tornados hit the state in late April, causing large amounts of damage to homes, businesses, automobiles and claiming a number of lives. The latest estimates of damage do not account for the claims paid through surplus insurance lines from companies like Lloyd’s of London. The estimates only concern insurance payouts that come from insurers regulated by the state.

According to the Department of Insurance, the tornado disaster cost the state’s insurance industry $2.2 billion in claims. Insurance Commissioner Jim Ridling notes that there are still nearly 3,000 claims that are unresolved. These claims may bump up the total amount of insured losses to $3 billion or higher. Approximately 9,000 of the 117,400 claims generated by the disaster were filed late, which contributed to delays in releasing the latest estimates.

While insured losses may seem high, Commissioner Ridling claims that they are well within the state’s estimates. Thus far, the Department of Insurance has not run into any major problems or complaints with the claim process beyond consumers concerns that too much time is passing before claims are finalized. The state will continue to investigate claims and further assess the extent of the damages caused by the disaster.