Zenefits, a health benefits broker, has been hit with a $1.2 million fine by the financial services regulator in New York. The penalty was issued for allowing unlicensed insurance agents to advise, negotiate and sell health insurance policies.

This is only the most recent regulatory strike against the software startup and is likely to be a painful one.

Zenefits is no stranger to being accused of unlicensed insurance activities. The first of these issues dates back to 2014 and 2015 when the company took part in “repeated” New York insurance law violations. This, according to the New York State Department of Financial Services (DFS). The DFS said the activities included failure to train employees and failure to maintain adequate compliance controls.

Aside from unlicensed insurance activities, the company’s founder was once accused of encouraging dubious practices 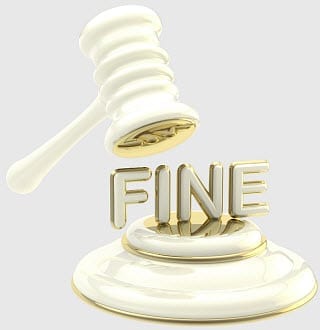 The New York regulator also issued a consent order against Parker Conrad, Zenefits founder and former CEO, for actions in 2013. At that time, he allegedly wrote software making it possible for company employees to avoid the state’s requirements for insurance broker education. The DFS consent order stated that the software made it possible for employees to keep online training program timers running even when they walked away from their computers.

“DFS takes very seriously any unlicensed activity in the New York insurance market,” said Superintendent Maria Vullo in a recent statement. She added that “The penalty and remedies we have imposed, including retraining employees, will ensure the protection of New York consumers.”

In November 2015, Zenefits reported that it had discovered that its own employees were selling policies while being unlicensed insurance agents or brokers, said Vullo. She went on to explain that the company claimed to have repaired this issue a year after that.

“This tough but fair settlement shows new leadership’s continued dedication to building solid relationships with regulators as we put the past behind us,” said Jessica Hoffman, a Zenefits spokesperson. The company is also under investigation in several other states regarding its licensing and sales practices.