Wyoming’s health insurance exchange may be performing well. The exchange began open enrollment last month and since seem a surge of activity from those looking for affordable coverage. According to Stephen Goldstone, president and CEO of WINHealth, one of the insurer’s offering coverage through the exchange, WINHealth has had approximately 9,000 people enroll for coverage thus far in the open enrollment period. More people may find access to insurance coverage if state lawmakers decide to expand the Wyoming Medicaid program.

Wyoming lawmakers are currently considering expanding the state’s Medicaid program, which would make more people eligible for Medicaid coverage. The expansion is one of the primary provisions of the Affordable Care Act, which gave states the opportunity to make their Medicaid programs more inclusive. Some states have opted to do so, allowing a wider range of consumers to enroll in the program and receive coverage. Others, however, have either chosen not to expand Medicaid availability or wait to see how much assistance they can get from the federal government. 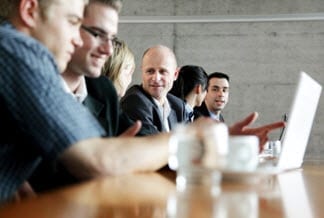 WINHealth has not experienced the problems that the state’s insurance exchange encountered last year. During the 2013-2014 open enrollment period, many exchanges throughout the country struggled to provide consumers with adequate services. A high amount of traffic, coupled with technical faults with the exchange infrastructure, meant that many people could not enroll for health insurance coverage. Thus far, Wyoming’s exchange has managed to avoid any significant technical difficulties.

Expanded Medicaid program could give insurance coverage to approximately 17,000 people

If the state’s lawmakers opt to expand the Medicaid program, some 17,000 people are expected to become eligible for the program. This could help reduce the uninsured population throughout Wyoming. This will also have an effect on the issue of uncompensated medical care that is provided by the state’s hospitals. These hospitals often provide medical care for the uninsured, which often goes unpaid for due to a lack of insurance coverage.