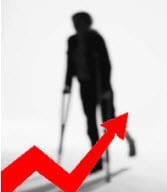 The union in question is the one that responded to the shootings at Sandy Hook Elementary School.

The union representing the police that responded to the Sandy Hook Elementary School shooting in December has expressed that it remains hopeful that changes will be made to the workers compensation laws in Connecticut in order to lengthen the benefits available to first responders.

They are seeking this change for individuals struggling with mental illness after responding to such an incident.

They feel that when first responders are involved in traumatic events such as the one at Sandy Hook, they may require a longer period of workers compensation coverage in order to be able to recover from associated mental illness. At the moment, a charitable fund is helping to assist those individuals who responded to the Newtown, Connecticut shooting.

This charity is a private fund, but it is believed that workers compensation should have provided that coverage.

According to AFSCME Council 15 staff attorney, Eric Brown, even though the General Assembly in the state has recently approved a special private charity fund that would assist in offering first responders in covering unreimbursed costs associated with mental health issues following the Sandy Hook shooting, there should be a permanent workers compensation program put into place in case of something similar in the future.

He feels that the workers compensation system should be set up to deal with this type of event.

Brown pointed out “Look what happened in Boston,” in reference to the Boston Marathon bombing. He added that “Unfortunately, we live in a society where this kind of thing is going to happen.”

A workers compensation bill is currently slated on the Senate calendar for potential consideration during the current legislative session. It would address the type of coverage that employees would have as a result of mental trauma. According to Brown, the union has intentions to give lawmakers a reminder of this bill. This is especially true now that a separate bill has been passed by the legislature, regarding a more wide ranging take on gun violence, mental health, and school security in the state.