Many industry experts are now expecting that there could be some turbulence in the future of this coverage.

Even though financial indicators have been suggesting improvements, the president and CEO of the National Council on Compensation Insurance Inc. (NCCI) has stated that the workers compensation industry should be getting ready for some “difficult times” as the workplace and workforce ecosystem undergoes a considerable evolution.

President and CEO of the NCCI, Steve Klingel, recently spoke at the 2015 Issues Symposium.

The NCCI is a workers compensation ratings and research organization. At the symposium, Klingel explained that the claim frequency fell in 2015, while there was a 5.7 percent increase in net written premiums, bringing them to a figure that was $44.2 billion greater than that of 2013. Moreover, there was an improvement in the combined ratio to 98 percent, which was a drop from 2013, when it had been 102 percent (based on the data from the 2015 State of the Line report from the NCCI).

The NCCI report also suggested that there was a 2 percent decrease in workers compensation claims for lost in 2014. 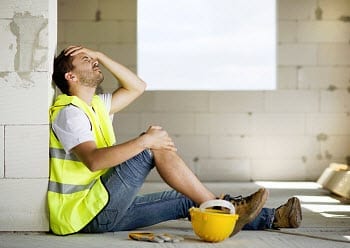 That decrease wasn’t as large as the one that had occurred in 2013, which was 2.9 percent. Klingel explained that “Our industry runs in cycles,” and that they will “Watch for upward pressure on claim frequency from new workers in unfamiliar jobs.”

The reasons is that there is a massive evolution underway when it comes to both workplaces and the workforce, itself. Employees are increasingly seeking the type of employment that will allow them to work from the location of their choice, on their own schedule. Klingel said that workers want to be able to complete their tasks from home, in coffee shops, or just about anywhere else they want to be at a given time.

The result of this trend is that the types of definitions that are required for workers compensation coverage are changing and will need to continue to evolve. After all, job related injuries are not necessarily those that are occurring at the actual business location. Employees could be doing their jobs in any of thousands of other places. Klingel cautioned the industry that they should “Keep your seatbelts fastened, because I believe there’s turbulent air ahead.”