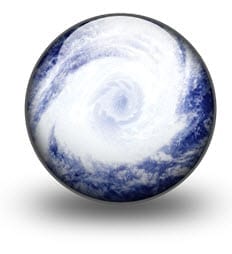 Estimates show that funds could run very short if certain areas are struck with damage.

According to official estimates, the Texas Windstorm Insurance Association may find itself facing considerable shortages of funds if a hurricane strike Brownsville, Corpus Christi, or Galveston.

This association is the insurer of last resort for tornado, hail, hurricane and other wind damage.

The Texas Windstorm Insurance Association current provides coverage for over 267,000 owners of residential and commercial properties. Approximately 90 percent of its policies are for residential coverage. Also known as the coverage pool, the association has paid out approximately $82 billion in liabilities over the last ten years.

Around $61 million of its windstorm insurance payments have been for Corpus Christi, Brownsville, and Galveston.

The Windstorm Insurance company will have approximately $236 million available for its claims payments. Around $54 million were raised by way of premiums payments from policyholders, as well as the Catastrophe Reserve Trust Fund’s $182 million. According to the most recent official data, this money is what will be available for the 2013 hurricane season.

This amount is what will be left after the windstorm insurance claims payments related to Hurricane Ike have been paid off. In November, officials figured that $100 million should be devoted to those claims, and this amount was not included in the total available funds for next year’s hurricane season.

Should a storm strike the area before the hurricane season begins, the total amount of windstorm insurance funds will plummet by the amount that will be needed to cover those claims. The association has also expressed that there will be approximately $13 million in actual and projected expenses that are linked to the expense of the Texas Department Insurance’s oversight.

This, in combination with the analysis of the windstorm insurance association’s analysis of what a Category 4 hurricane strike would cost if it should hit Corpus Christi, has left the storm season’s remaining funds looking relatively desperate. Particularly because hurricane season extends from June 1 through until November 30. The predictions were that such a storm would cost a minimum of $147, based on data that has been provided through a public information request.