The popularity of wearable technology and augmented reality glasses could soon have an impact on premiums.

In a move that could one day – in the not too distant future – impact the auto insurance premiums that motorists are facing every year, Google is currently lobbying officials in three or more American states to try to put a halt to the proposed limitations for driving while wearing augmented reality glasses and headsets, such as Google Glass.

This represents one of the first major legal battles over the AR based wearable tech. 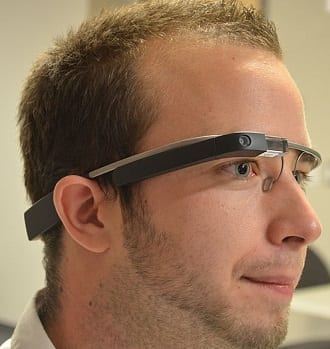 At the moment, there are eight states that are looking into regulations regarding the use of Google Glass, a very small computer screen that is worn in a way that is similar to eyeglasses, just out of the main line of sight. The primary concern that law enforcement and other groups are having with this concept is that drivers who wear these mobile devices will be spending more of their time behind the wheel reading emails than they do looking at the actual road. As distracted driving is already a high contributor to the frequency of road accidents, this could only lead auto insurance rates to climb as the gadgets become more popular.

Auto insurance rates have already been impacted by the use of cell phones while driving.

Many states have now banned the use of handsets while a vehicle is in operation, as the number and severity of accidents had increased notably and the cost of insurance coverage had risen along with them.

Google Glass is hardly the only form of wearable technology that is presenting this type of distraction to drivers. It is merely one of the most high profile and, as it has already been involved in a traffic ticket that went to court, it is certainly an issue in the public spotlight, right now.

Also keeping it in the headlines is the fact the Google has, after all, deployed its own lobbyists to help to persuade Delaware, Illinois, and Missouri officials that unlike the case of other mobile devices, it isn’t necessary to implement restrictions for using Google Glass while driving. This, according to state lobbying disclosure records.

What impact they will have and how this will influence auto insurance rates, only time will tell.