Senator Sharrod Brown put forth the allegations against the bank during a recent Senate hearing.

The Wells Fargo auto insurance scandal has just escalated to a new level after accusations of lying to Congress last year. At a Senate hearing this week, Senator Sherrod Brown alleged that the bank failed to disclose a growing problem within the bank’s car insuring business.

This has only worsened the situation for the bank which is already facing considerable scandal.

“The company pure and simple lied to this committee — and lied to the public,” said Brown at the hearing. The senator is currently the Senate Banking Committee’s top Democrat.

The issue of the bank’s auto insurance scandal first made its way into the spotlight back in July. At that time, Wells Fargo revealed many of the details of the auto insurance scandal. It said it had forcibly sold car insurance to up to 570,000 auto loan borrowers who didn’t require the additional coverage. Approximately 20,000 of those customers suffered the repossession of their vehicles as a result of the unnecessary and unwanted insurance premiums. 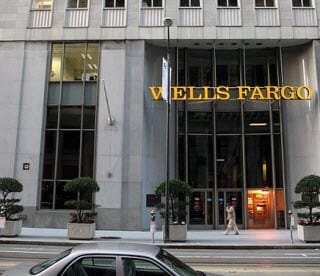 These components of the scandal were already revealed earlier this year. However, what has just made its way into the light was that the Wells Fargo CEO at the time, John Stumpf didn’t reveal any of those details at the September 2016 hearings. Nor did Stumpf reveal that there had been millions of false accounts created by the bank in customer names without those customers being aware. That particular scandal came out even earlier this year.

Only a handful of weeks after the September 2016 hearings, Stumpf resigned.

The Senate Banking Committee sent written follow-up questions to Wells Fargo executives after last year’s hearings. Among those questions had to do with whether the execs felt “confident that this type of fraudulent banking activity does not exist” anywhere else within the bank. The lawmakers also asked the execs if they had “discovered other types of misconduct,” including various forms of insurance products.

The execs responded to the questions in November 2016, one month after Tim Sloan stepped into the CEO position. It was their reply that has lead to the latest level of the auto insurance scandal. They asserted that “We believe that the activity at issue here was limited to certain,” Wells Fargo employees working within the banking division. The auto insurance matter was not mentioned at all and its heart was in the auto dealer services department.