The cost of insuring an Ohio property may stop rising as quickly as it has been due to fewer storms.

Over the last few years, Ohio property owners have been watching their homeowners insurance rates climbing upward at a sharp rate, but that may start to slow to a much more moderate increase as the weather has been easing off.

The weather has been slightly kinder to Ohio residents and isn’t causing the damage that it had been.

In 2014, the rates from the largest homeowners insurance companies in the state rose by an average of 4.3 percent. That was the smallest increase that was experienced in Ohio in 7 years. This, according to a report that was recently released by the state Department of Insurance. That report was an analysis of the data produced by the biggest 10 insurance companies in the state (based on market share), which, when combined, make up 73 percent of the market.

Homeowners insurance customers across the country have been facing damage from severe storms. 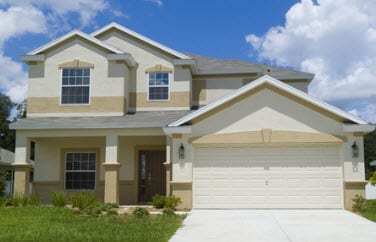 This has caused their insurance rates to continually soar higher than they had been the previous year. When compared to the rates that were being paid in 2008, there had been an estimated average of 50 percent increase by 2014. The deductibles had also been increased by many insurers, while others offered separate deductibles for covering roofs and siding.

Companies aren’t permitted to increase their customers’ premiums as a result of the losses generated by a specific storm, but they are allowed to use the damage from those storms as a part of their future projections of upcoming potential losses. They will often use those projections to set their rates for coming years. That said, the number of storms that have been leading to major catastrophes in the state has been falling.

Over the past two years, homeowners insurance companies paid out an estimated $1.3 billion in property claims, according to Ohio Insurance Institute data records. That is the smallest figure that has been seen since 2007, though it remains notably greater than it had been in 2004 and 2005.