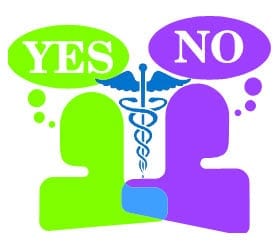 Virginia may soon be heading down the path of establishing its own health insurance exchange, despite opposition from Governor Robert McDonnell. State legislators worry that time is growing short for the state to take action. If Virginia does not build its own exchange by 2014, the federal government will step in and build and govern one of their own. Legislation that would make an exchange possible is being championed by Delegate Terry Kilgore, chairman of the House of Commerce and Labor Committee.

Kilgore believes that immediate action must be taken if the state wants to run its own health insurance exchange. Given the amount of work needed to build and exchange system, if Virginia began now, the state would finish establishing its exchange just in time for the deadline. Bill Hazel, secretary for the Virginia Health and Human Resources Department, argues that the federal government has, thus far, been far too vague to warrant an exchange feasible for the state. Until the government is able to answer the myriad questions coming from states, action toward an exchange should be tentative at best, according to Hazel.

As it stands, Virginia faces a June 2012 deadline for an “establishment” grant from the federal government. The money would cover much of the cost of setting up and exchange. The state must also submit its plans for the exchange’s structure and governance by 2013 for approval from the Department of Health and Human Services.