This type of auto policy has started to become one of the standard offerings of many insurers.

Though the potential benefits of usage based insurance have been clear for some time, this new technology based version of auto coverage has always represented an extremely small percentage of the offerings from insurers.

This trend is starting to change as the tech is picked up by a growing number of insurers.

Moreover, as more auto insurance companies offer these products in a larger number of locations, consumers are also finding the chance to save money through safer driving and usage based insurance to be extremely attractive. It wasn’t long ago that it was believed that this type of coverage held promise but that it would be a long time before it was seen on a regular basis. That idea is now starting to change. 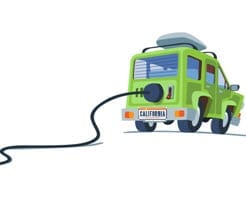 Usage based insurance is now becoming a standard offering and telematics are growing rapidly.

Usage based insurance allows insurers to use a device installed in the driver’s vehicle to be able to track their driving habits. Though there has been some debate regarding privacy, an increasing number of consumers are willing to hand over some information about how they use their vehicles in exchange for the chance to save a solid amount of money on their policies.

The telematics devices that are used to wirelessly transmit this usage based insurance data to the insurer can record information such as the number of miles driven, the time of day in which the vehicle is being used, the areas in which the vehicle is driven (through GPS), hard braking habits, rapid acceleration habits, the number of turns in each direction, air bag deployment, and a number of other behaviors that auto insurance

companies find useful for determining risk and the safety of the driver’s habits. Each insurer and device model has its own data collection structures.

The concept behind usage based insurance is that it allows a driver’s premiums to reflect his or her own unique risk, based on actual driving behaviors, instead of basing it exclusively on traditional methods of pricing that use more generalized information. According to statistics from Strategy Meets Action (SMA), 70 percent of North American property and casualty firms are either planning to operate UBI programs or are already doing so. Seventy five percent believe that this type of coverage “fundamentally alter the auto insurance industry between now and 2020.”