The auto policies that use telematics technology through this insurer are expanding at an increasing rate.

Allstate is celebrating a considerable usage based insurance milestone – so to speak – as the insurer has now passed one billion customer miles driven in the Drivewise program over the course of data spanning 38 million driving hours.

This represents the equivalent of driving around the globe 40,000 times.

As this news was released, Drivewise was also launched by Allstate into two more states – Kentucky and Montana – bringing that insurer’s usage based insurance program into 22 states. The goal of the program is to make it possible for safe drivers to be able to benefit from their good habits behind the wheel by earning a reduction in their auto policy premiums. 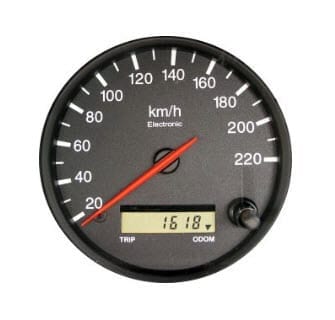 The usage based insurance program from Allstate reduces the premiums of drivers who prove they use their vehicles safely.

Using wireless telematics, a small device built into the car sends the insurer the data relevant to determining whether or not the driver with the usage based insurance coverage is an especially safe one. It measures information such as mileage, the time of day that the vehicle is used, excessive speed, and hard braking. This information is then combined as a part of a calculation to determine whether or not the driver qualifies for a reduction in his or her premiums, because of a decreased risk of having to make a claim.

At the same time, the usage based insurance program does not increase the premiums of drivers who do not use their vehicles as safely. It is meant only to encourage drivers to adopt safer behaviors so that they will present a lower risk to the insurer and be rewarded with cheaper premiums.

In a statement about the usage based insurance program, made by Steve Sorenson, the product operations executive vice president of Allstate, “As we ride past one billion miles, it’s good to look back on the mission of the Drivewise offering – to help create a safer, more self-aware driver.” He added that “We are proud to offer customers a deep view into the way they really drive and, at the same time, reward them for safe driving habits – habits that can help make the roads safer for themselves and others.”