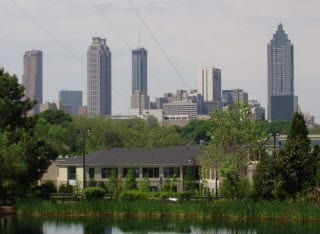 Universal Insurance Holdings, Inc., has announced that its Universal Property and Casualty Insurance Company (UPCIC) subsidiary has now written its first Georgia homeowners’ insurance policies for an official start within that state.

Chief operating officer of the vertically integrated insurance holding company, Sean Downes, said that the entrance of UPCIC into the homeowners’ marketplace in Georgia “marks the fifth state where UPCIC conducts business and continues our expansion beyond Florida.” He added that the insurer is anticipates a strong expansion of its network of agents within that state, as well as its broadening geographically.

Universal Insurance Holdings, Inc. is an insurer that operates through its subsidiaries in order to provide significant coverage over all angles of distribution, underwriting, exposure management, and the processing of claims. UPCIC is one of the subsidiaries that is wholly owned by Universal Insurance Holdings, and it is among the top three homeowners’ insurance writers in Florida. It has also received its full licensing for Hawaii, North Carolina, South Carolina, and Georgia, where it has already started its operations.

Of course, UPCIC is far from the only subsidiary, as the holdings company has made it its goal to be able to provide a full range of coverages. Therefore, another subsidiary wholly owned by Universal Insurance Holdings is American Platinum Property and Casualty Insurance Company (APPCIC), which provides homeowners’ inland marine and multi-peril insurance for homes in Florida that have been valued at more than $1 million. This provides coverage and protection that is not otherwise available through its UPCIC alternative.

For more information and rates on homeowners insurance