The new bilateral insurance agreement is meant to provide greater regulatory certainty to the market.

The U.S. Treasury and U.S. Trade Representative’s (U.S.T.R.) office have announced their intention to sign a post-Brexit insurance agreement with Great Britain. The goal is to establish insurance market continuity and regulatory certainty as Great Britain steps out of the European Union in March 2019.

The new insurance industry agreement would greatly mirror the agreement between the U.S. and E.U.

The United States signed an insurance deal with the E.U. back in 2017. In order to keep the same terms in place, the Treasury and U.S.T.R. will sign a post-Brexit insurance agreement with Great Britain, too. The U.S.-U.K. Covered Agreement will go into effect when the United Kingdom leaves the E.U. on March 29.

The announcement of the new insurance agreement represents the beginning of a 90-day notification period. Congress requires that period before such a deal can be signed and become effective. This new U.S.-U.K. Covered Agreement holds that the state-based insurance regulation system in the United States will promote and assist competitiveness among U.S. insurance and reinsurance companies, said the Treasury and U.S.T.R., according to an Insurance Journal report.

Antony Phillipson is Great Britain’s trade commissioner for North America. Phillipson embraced the announcement from the U.S. Treasury and the U.S.T.R. He explained that it was a component of broader efforts the British government has been working on to make certain that business between the United States and United Kingdom would continue smoothly even as the U.K. pursues additional bilateral trade agreements.

“I am very pleased that we’ve been able to preserve the benefits of the EU-U.S. covered agreement for UK firms in the U.S., the largest insurance market in the world, once the UK has left the EU,” said Phillipson within a statement issued by the British embassy in Washington. 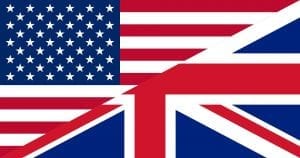 The post-Brexit insurance agreement is an important move for two extremely important markets serving countries worldwide. It is a step that will provide greater certainty – a certainty that would have been shaken after March 29, 2019 – for insurance and reinsurance firms selling coverage on virtually every continent.