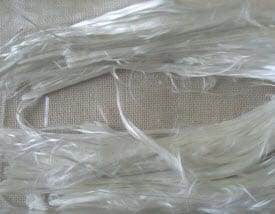 The United Kingdom Supreme Court has issued a ruling on a controversial case concerning asbestos in workplaces. The issue arose in 2008, when a number of people came forward to seek reparations after being diagnosed with mesothelioma, a type of lung cancer connected with inhaling asbestos and other fibrous materials. The country’s appeals courts struggled to determine whether liability lied with employers for exposing workers to dangerous conditions or if liability began when a victim started exhibiting symptoms of illness. Despite the conflict, the High Court ruled in 2008 that employers, and their insurance providers, were, in fact, liable.

The Supreme Court has determined to uphold its previous ruling despite rampant confusion from lower courts. The Court has stated that the disease is to be considered as being “sustained” after the period in which it was contracted. In simple terms, this means that employers can be held liable for most instances of asbestos linked mesothelioma. This ruling now opens the way for a veritable flood of claims coming from policies that date back as far as 1940.

The insurance industry is not typically overjoyed when such rulings are issued on cases of liability, but the Association of British Insurers has hailed the ruling as a major victory for consumers. The association has also criticized smaller insurance groups for their part in the prolonged litigation and the confusion caused by its ensuing legal battles.