Loopholes may be fostering fraud in the United Kingdom

The United Kingdom’s National Health Service (NHS) may be exposed to fraud due to loopholes associated with the issuance of European Health Insurance cards. The Department of Health has acknowledged these loopholes and the government intends to address the issue by tightening regulations and rooting out fraud. The problem has to do with how European Health Insurance cards are obtained and how coverage is being used and paid for.

In order to obtain a European Health Insurance card, consumers must be able to provide their NHS registration number. The coverage is meant to cover the costs of medical care being provided to British citizens when they are traveling in Europe. The process of obtaining this coverage is being called into question now, as it is a relatively easy process that may be easily exploitable by those intending to commit fraud. Concerns regarding fraud where introduced by Ani Horvath, a Hungarian reporter for the Daily Mail. 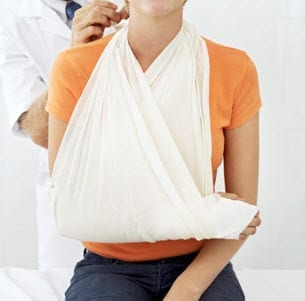 Horvath managed to uncover fraud with the aid of another journalist and was able to obtain access to a wide range of medical services, including maternity care, in Hungary, with the full cost of these medical services being covered by her European Health Insurance protection. Horvath had her associate pose as her landlord, providing forged tenancy papers in order to provide proof of a physical address. She then traveled to London to receive a simple check-up and her forged documentation was not questioned by care providers. Once the process was completed, Horvath had comprehensive health insurance coverage that she could use outside of the United Kingdom as she pleased.

How prevalent fraud may be in the system is currently unknown. The Department of Health has stated that it is “completely unacceptable” for people outside of the United Kingdom to abuse the country’s NHS. The agency has already launched an investigation into the matter, hoping to uncover further instances of fraud as Horvath had done. The agency will also make improvements to the system in order to prevent fraud in the future.