A new study has shown that only about fifty percent of travelers from the country buy a policy.

A new study conducted by BMO has just revealed that while 83 percent of Canadians plan to go away on vacation at some point between May and October 2013, only half have intentions to purchase travel insurance to cover them while they are not at home.

The survey examined a number of different habits of Canadians while they are away from home.

For example, the average Canadian traveler intends to spend $3,073 on their vacation, said the BMO survey. That said, while they are putting that much into their vacations, they are not planning to cover themselves with travel insurance against expenses such as a $15,000 air amb 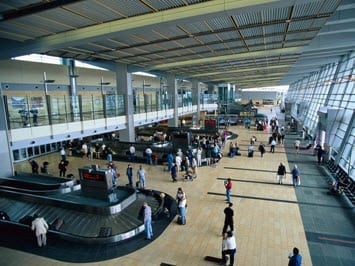 ulance flight from Florida to Ontario, or the $20,000 that it costs to treat a broken leg while in the United States.

Many Canadians don’t appear to understand the importance of travel insurance and the cost associated with health issues.

If they do understand what travel insurance saves them from having to pay, it is highly conflicting with their behaviors. Decompression sickness treatments in Thailand following a dive, for example, can cost $40,000 and this would all be out of pocket for an individual who is uncovered. The survey did not indicate whether or not Canadians believe that their home health insurance coverage extends to other countries.

Many believed that Canadians would become more aware of the importance of health insurance during the highly publicized story of Anna Leibenko. She is a former cheerleader for the Toronto Argonauts football team, and had fallen from her catamaran off the coast of Croatia in August 2012. She spent several weeks in life support with life threatening injuries. A fundraising campaign was held and brought in more than $140,000 to help to pay for her medical costs and to fly her back home to Canada.

However, the BMO survey suggests that the percentage of vacationers in from Canada who are purchasing travelers insurance coverage this year is about on par with what it had been last year. Many insurers are also warning that health coverage within the country changes from one province to the next, as provincial health programs don’t all cover the same type and levels of care.