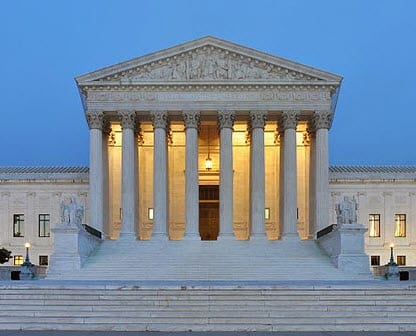 The third day of arguments concerning the Affordable Care Act took place on Wednesday this week. Though the schedule laid out by the Supreme Court earlier this month indicated that the third day of litigation would concern the health care law’s changes to Medicaid and Medicare, the Court’s Justices were keen to keep their attention on the law’s health insurance mandate. Justices are no longer focusing on the constitutionality of the mandate; however, they are now seeking an answer to a simple question: Can the health care law survive if the mandate is removed?

The Affordable Care Act, passed into law in 2010, includes a provision that makes health insurance compulsory for all Americans. The provision will be enacted in 2014 if the Supreme Court does not attempt to remove it from the federal law. During the second day of litigation, Justices expressed concern over the precedent that would be set if the insurance mandate would be allowed to survive. Wednesday, they were looking to see if the government had a back-up plan to ensure the survival of the Affordable Care Act.

The issue of Medicaid did not fall by the wayside, however, as Justices examined its relation to the health insurance mandate during the arguments. Justices found favor with provisions concerning Medicaid expansion, which would enable more Americans to gain access to the health care program. Justices have determined that this portion of the law is beneficial and could be a serious blow to health care if the entirety of the law were to be thrown out.

Opponents of the Affordable Care Act have been quick to note the disdain Justices have shown for the insurance mandate, claiming that the health care law is doomed. The Supreme Court has not yet issued a verdict on the matter, however, and may not choose to do so at all. The Supreme Court has a tradition of allowing controversial laws to take full effect before rendering them unconstitutional. Such a practice allows Justices the opportunity to see the actual impact of such laws, removing most hypothetical arguments from consideration.