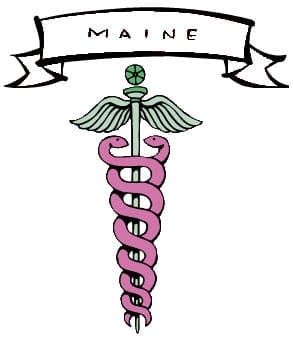 As health care reform continues to be a hotly contested issue throughout the nation, Maine is embroiled in its own battle regarding the state’s health insurance regulations. Earlier this week, a bill was introduced that would seek to overhaul the current regulatory standard in the hopes of increasing competition in the state’s health insurance market, thereby driving down insurance rates.

Introduced by Representative Jonathan McKane (R), the bill has received rigid opposition from Democrats who say that consumer protections are being put at risk.

The promise that the bill will improve the state’s business climate is appealing to many. Small businesses with fewer than 50 employees stand to benefit from changes to the insurance market as they will be eligible for purchase more affordable coverage from a larger insurance pool. Some 40,000 individuals also stand to benefit from the new bill as they too will be privy to more affordable coverage options.

Opponents argue that the bill sacrifices consumer protections for the sake of more lucrative business opportunities. Analysis conducted by the Maine Center for Economic Policy suggests that many of the provisions within the bill could potentially be harmful to Maine residents, financially speaking. Of note is the provision that would keep both the elderly and those with existing chronic disorders in the highest bracket of premiums.

The bill is likely to receive amendments as opponents continue to bring their concerns to light.