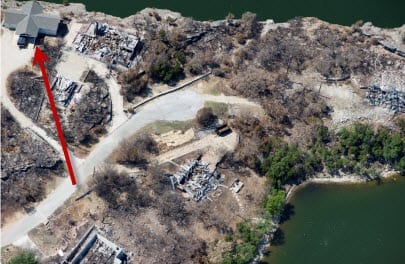 Texas is battling a raging wildfire that has broken out in Bastrop, Hays, Travis and Williamson counties. The fires have already scorched more than 100,000 acres of land and burned several hundred homes throughout Central Texas. Many communities have been evacuated as no end is currently in sight for the wildfires. The disaster is expected to add to the financial strain bearing down on the nation’s insurance industry, which is already reeling from two costly flooding disasters stemming from Hurricane Irene and Tropical Storm Lee.

Insurers are estimating that the fires have already causes some $100 million in damage. This toll is expected to rise as residents take stock of the full extent of the damage. Fires in Central Texas have been burning relentlessly for the past seven days. The Texas Forest Service reports that it has already responded to more than 181 fires that have destroyed hundreds of homes. Governor Rick Perry has issued a disaster proclamation for the ninth time since wildfires started ravaging the state last December.

The fires are intensified by the severe drought that is plaguing the state. To date, 2011 has proven to be the driest year the state has ever had. The extremely dry conditions have prompted burn bans throughout the state as well mandatory water conservation. Wildfires in Texas have burned more than 3.6 million acres since they began in earnest in December of last year.