Northern Texas was recently the victim of a major hailstorm, which has highlighted the need for comprehensive homeowners insurance coverage. In the Dallas area, insurers experienced a flood of claims, which were the result of a hailstorm that passed through the region. As with all natural disasters, the hailstorm struck without warning, causing significant damage to property and vehicles in some parts of the region. Some homeowners have been experiencing hail damage for weeks due to unfavorable weather patterns.

Some cities have experienced significant damage due to recent hailstorms

Cities like Wylie and Denton were hit hardest by the recent hailstorm. In these cities, homeowners reported hail the size of baseballs. In some cases, these balls of ice were larger. Homeowners have reported that hail has broken through their roofs, suggesting that hailstorms were so severe as to cause disastrous damage to homes and other properties. For some homeowners, hailstorms are not necessarily uncommon, having experienced such events over the past few years. The most recent event, however, was more severe than expected, causing significant insured losses.

Some residents may be able to seek aid through federal agency 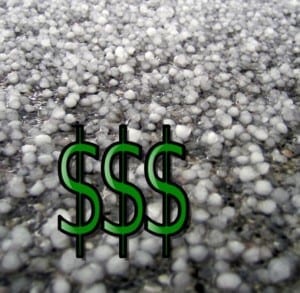 Many residents are concerned about whether or not their homeowners insurance will cover the damage caused by the latest hailstorm. For those without adequate coverage, the damage caused to their properties may be too much to manage. These people could seek aid from the Federal Emergency Management Agency, but there is no guarantee that the agency will provide financial aid for damage to property.

The Texas Department of Insurance notes that seeking aid from the Federal Emergency Management Agency is a relatively long process. The process itself is generally a “first come, first serve” issue. As such, some homeowners may have to wait an extended period of time before receiving aid from the federal agency. This has highlighted the importance of homeowners insurance to some, as such coverage could effectively mitigate the financial issues associated with certain natural disasters, such as hailstorms.