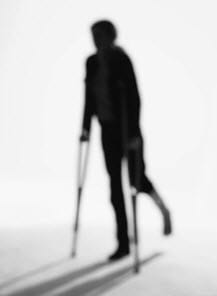 Tennessee’s workers’ compensation insurance system is to be the subject of review this year. State officials, businesses and insurance experts are to examine how the system is working and how it can be improved. Tennessee has seen its fair share of criticism in recent years as several companies claim the state is too unfriendly to business. Governor Bill Haslam has decided to make the workers’ compensation system a primary focus of the state’s Legislature and hopes to solve some of the complaints it has generated in the past.

One of the issues the Governor is looking to focus on is potential fraud. Insurers claim that businesses, both large and small, have been misclassifying their employees as a way to obtain lower insurance rates. While not a problem unique to Tennessee, insurers note that many of the state’s larger companies are using “contractor exemptions” in an effort to avoid paying for coverage entirely.

The House Republican Small Business Task Force will be heading up the examination. State lawmakers hope that the task force will find comprehensive ways to make the workers’ compensation system more favorable for businesses while allowing insurance companies to function properly. The examination is likely to take the majority of the year and legislators may not take any action until early 2013. There is currently no guarantee that legislators will choose to make changes to the system even if recommended to do so by the task force